About feelings and how hard it is sometimes to express them

This time we had a chance to host artists from Saint-Petersburg. Director Jewgienia Boginska – this year’s graduate of the Russian Institute of Performing Arts, student of the world renowned producer Wieniamin Filsztyński and production designer Ilszat Wildanow, worked on the text of one of the most interesting contemporary Polish playwrights. “Sandbox” by Michał Walczak is a story about feelings and about how difficult it is sometimes to express them, how difficult it is to communicate with another person, even the closest to us.

During the 2016/2017 Artistic Residencies, we will be guided by the reflection on the differing expectations of two people, emotional patterns instilled since childhood, the appearances of reluctance, the maturing of relations and taking responsibility for them, and also about love in the context of passing away and death.

The “Sandbox” performance at the XXVII International Theatrical Festival is being carried out as part of the second edition of the “Cultural Bridges” project organized by the Polish Foundation of Stage Artists THEATRE SQUARE and the “Baltic House” International Festival in St. Petersburg. 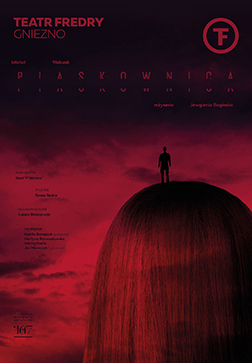 FESTIVALS (2)
Other performances
This site uses cookies to provide services at the highest level. Further use of the site means that you agree to their useAgreeLearn more