A poignant but also grotesquely ironic and irresistibly funny story about modern slaves, outkasts of globalization, about the crisis of the individual and society in the prime of capitalism.
[…] The liquidation of waste, toxic waste. We had to. No tools, you know. They gave us no tools.

Not even instructions. Why tools, right? Too expensive. The employer does not have money for it, you know, the crisis etc. Very poor they are, all of them. They just put a barrel in front of me. Still smoking it was. And bubbling. Get rid of it! But how? What was I supposed to do? So I started to eat it. Guzzle it. Drink it up. What else? I had a momentary feeling that I was dissolving. Just dissolving. And that fucking Chinese idiot, he aped it after me, fucker. Eating it he was, and drinking it up. That shit. The others rather withdrew. Or they were eaten, like, you know. It dissolved them.

Licence to stage the play granted by DILIA, Theatrical, Literary and Audiovisual Agency, Association of Authors 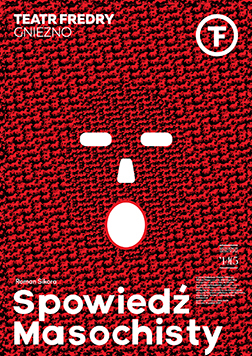 FESTIVALS (3)
Other performances
This site uses cookies to provide services at the highest level. Further use of the site means that you agree to their useAgreeLearn more